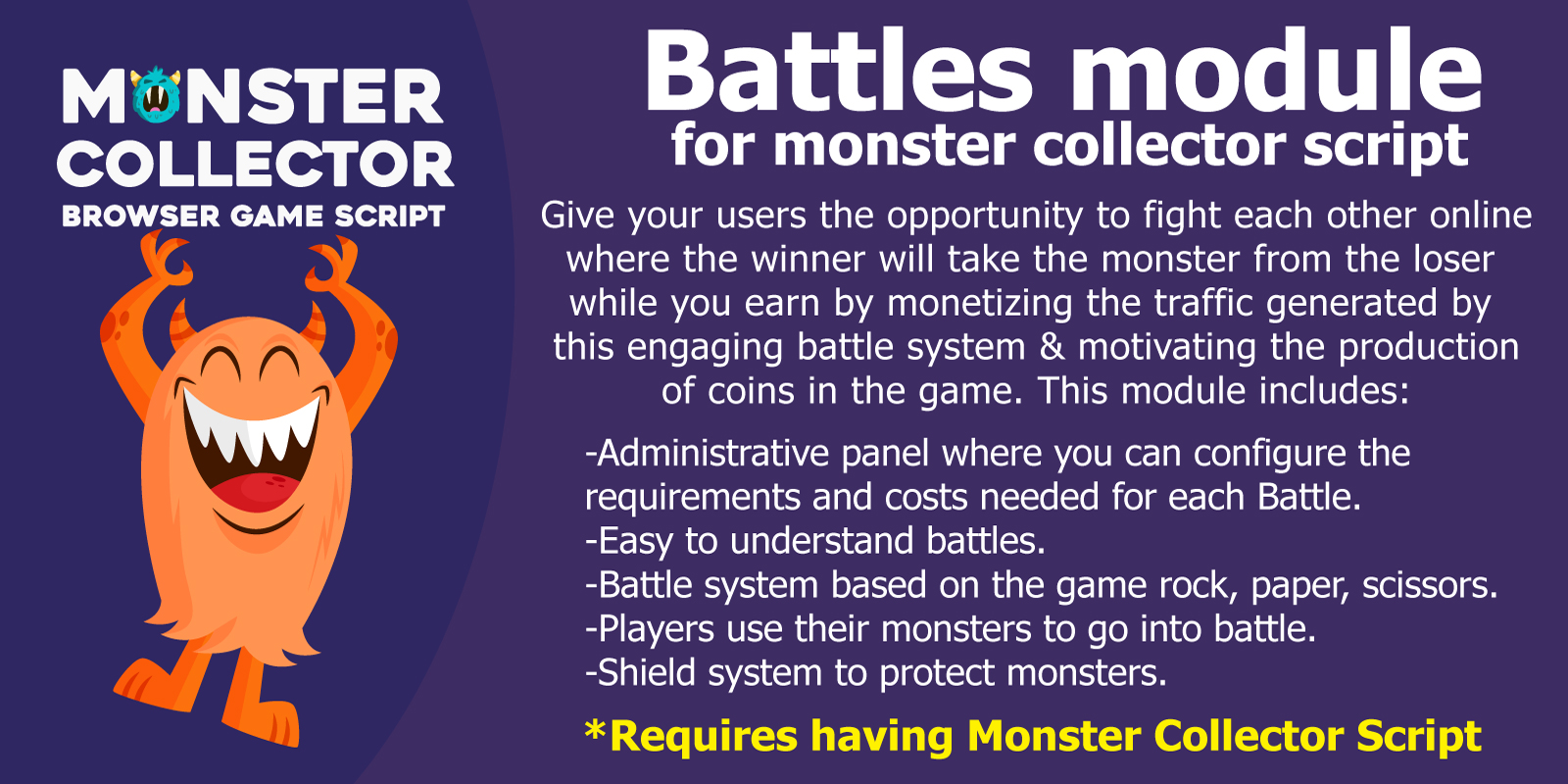 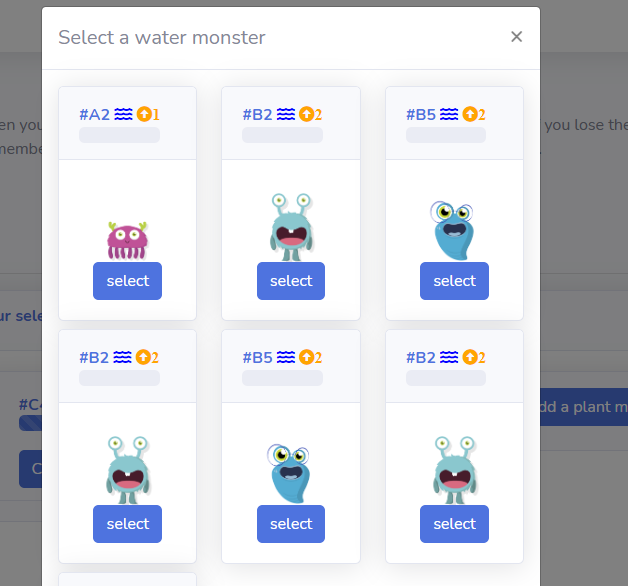 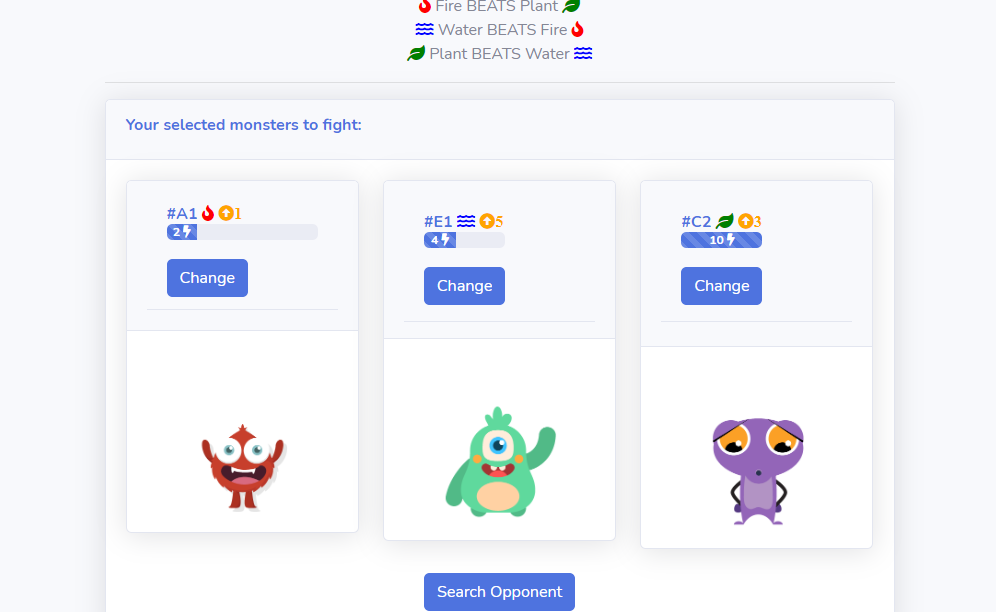 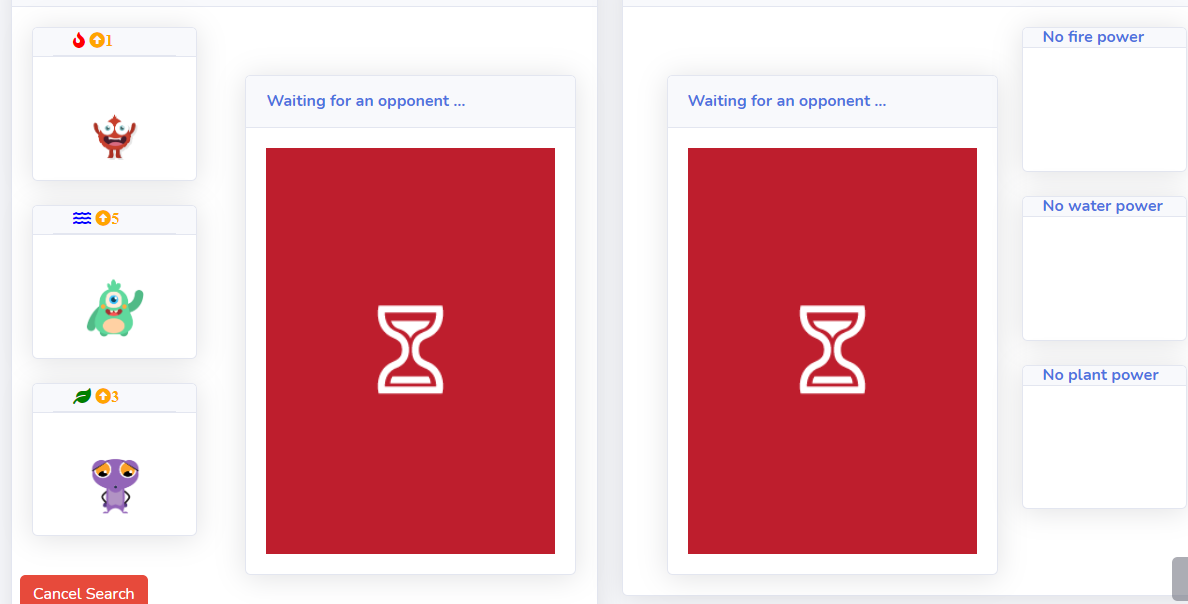 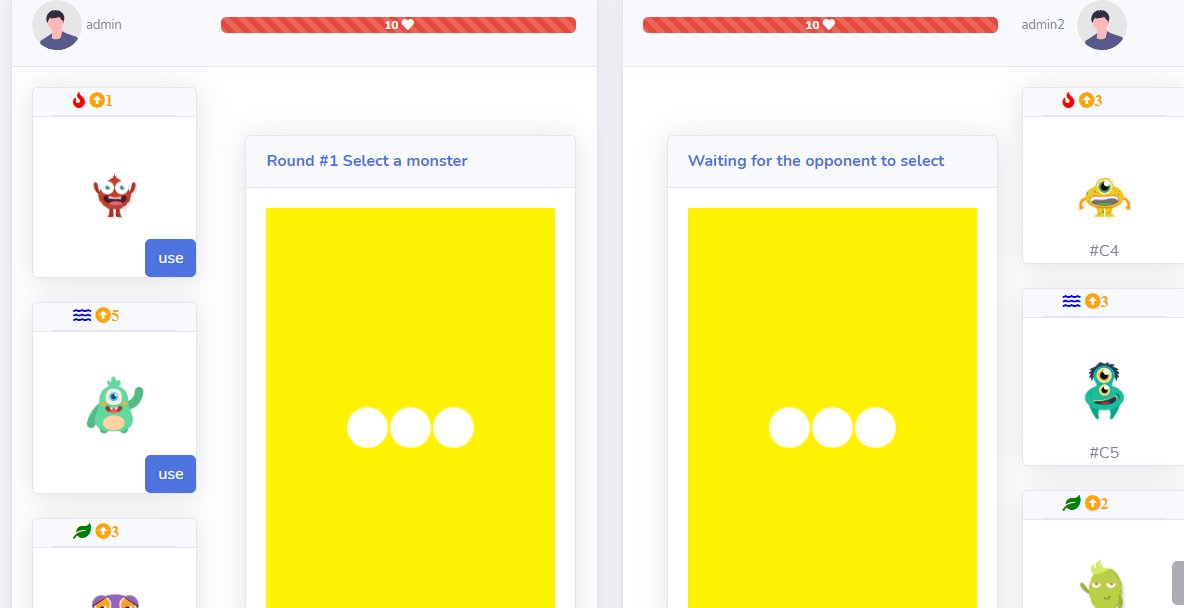 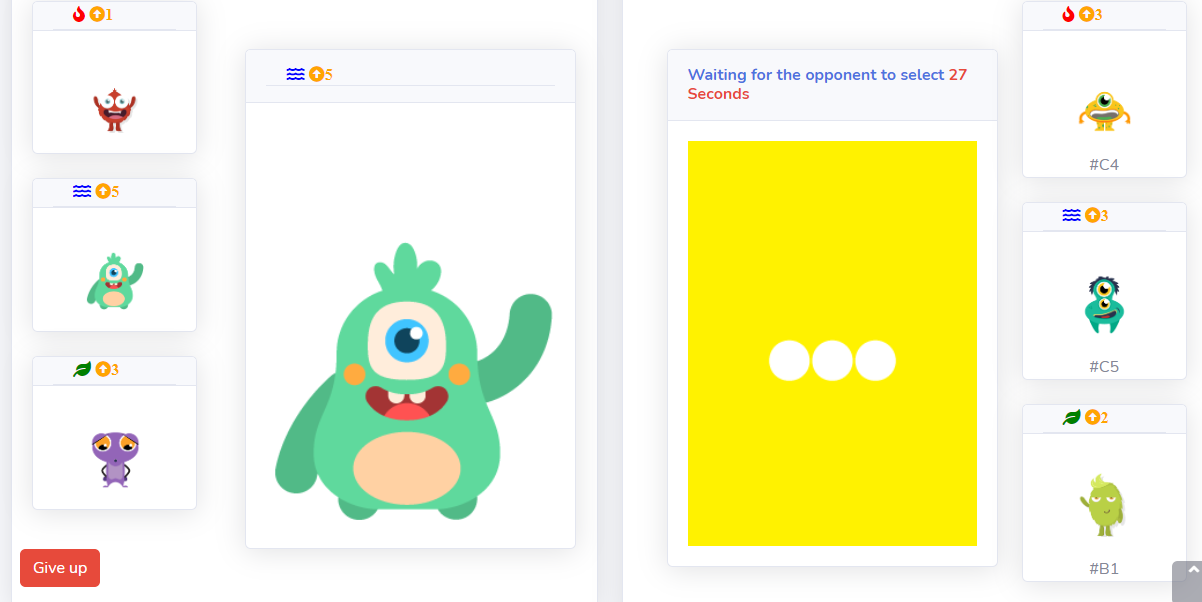 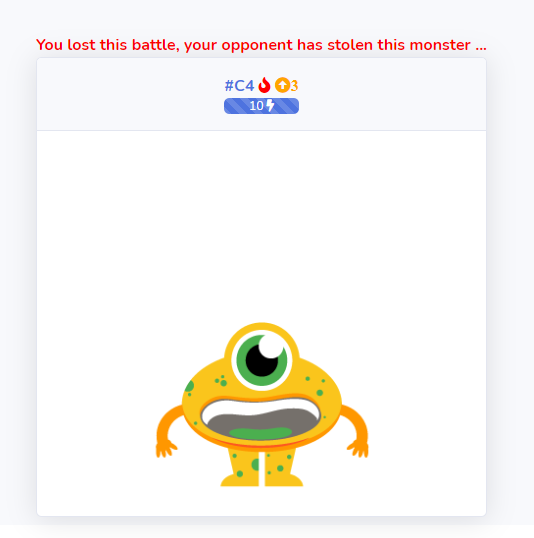 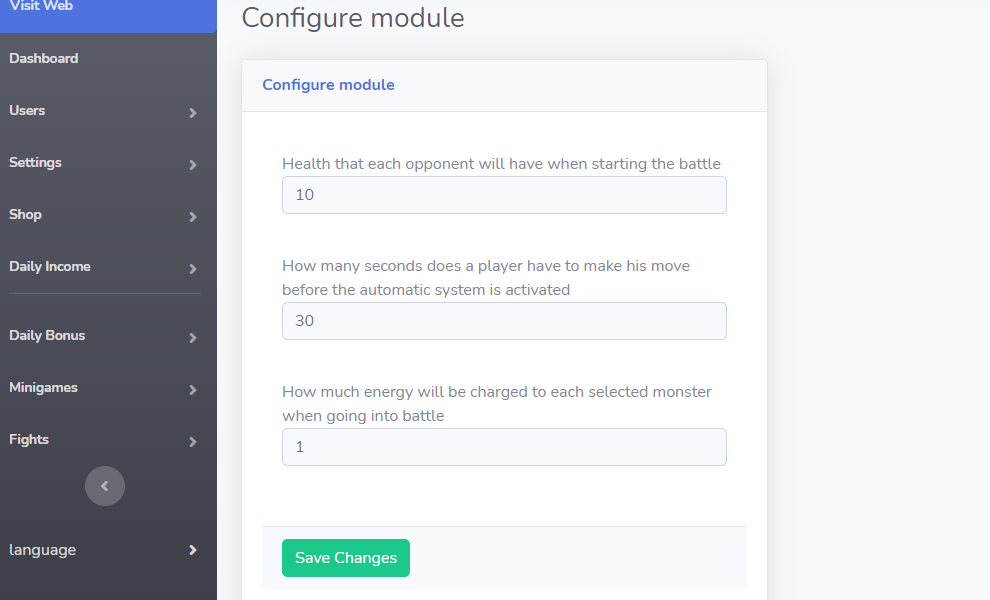 Module Battles for Monster Collector Script
Give your users the opportunity to fight each other online where the winner will take the loser's monster while you earn monetizing the traffic generated by this attractive battle system and motivating the purchase and production of coins in the system.

A module that you should have
The multiplayer battles allow to increase the user's motivation to collect more and better monsters that will help them win the fights, this module adds to your site created with monster collector script more interest and gives much more sense to the powers that the monsters of fire, water and plant as well as the use of the levels of the monsters for the damage of each attack. This module will definitely help you make your monster collection site much more addictive and competitive.

How do the fights work
Players need to select a minimum of 2 monsters and a maximum of 3 monsters of different powers to go into a battle to find an opponent. Those monsters must have energy to be able to go to the fight.

When an opponent is found, the battle begins and each player will have a certain amount of time (which is set by the admin) to select which of their 3 monsters to use in this round.

When both players have selected, the monsters are revealed and the attack of the monster that wins the round is executed. To establish the winner of a round the power of the monster (fire, water or plant) is used.

This fighting system is based on the popular rock, paper and scissors. Fire beats plant, water beats fire and plant beats water.

To establish the amount of life in battle that will be subtracted from the player who loses the round, the level of the monster that wins the round is used, for example, if the monster is level 3, winning a round will subtract 3 lives from the opponent , the battle ends when one of the players runs out of lives.

The winning player will steal one of the opponent's monsters.

Would you like to see a real project working with this module? Take a look at: https://monster-eggs.com

If you have questions feel free to contact us

Other services by studios23