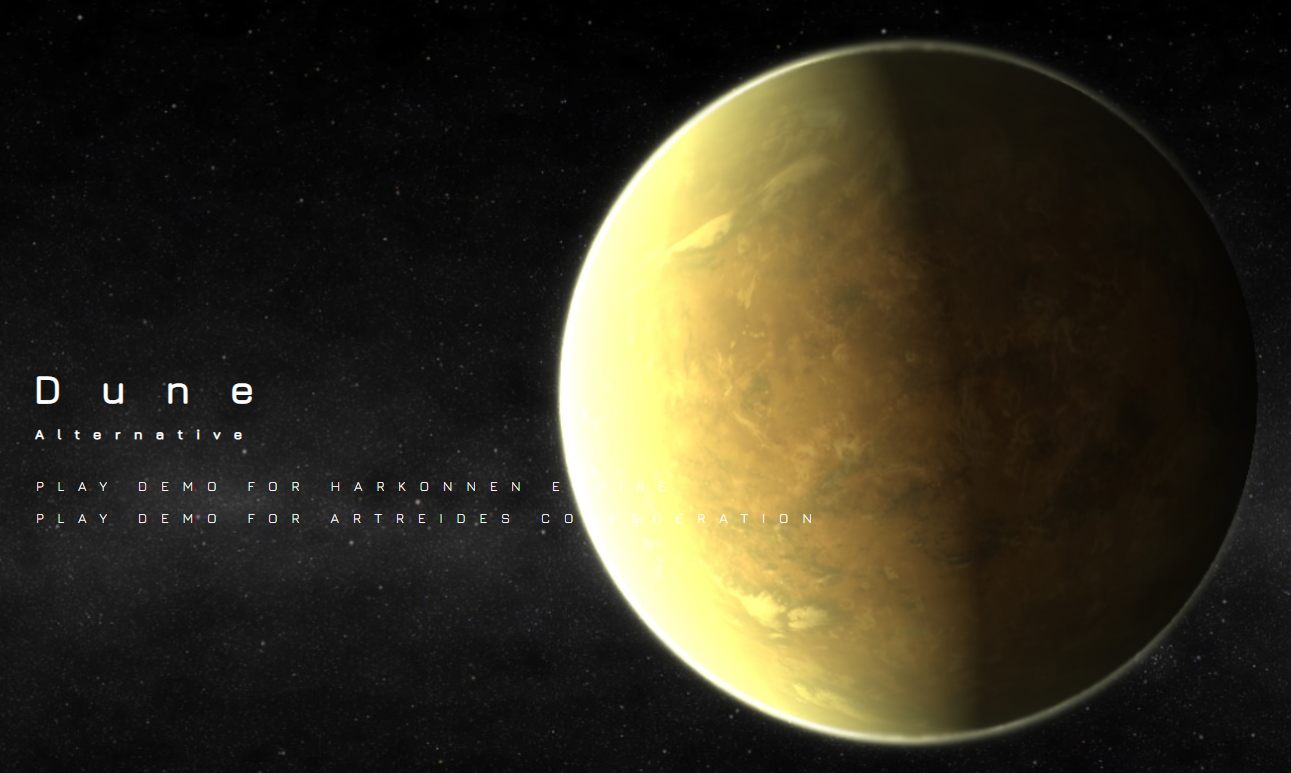 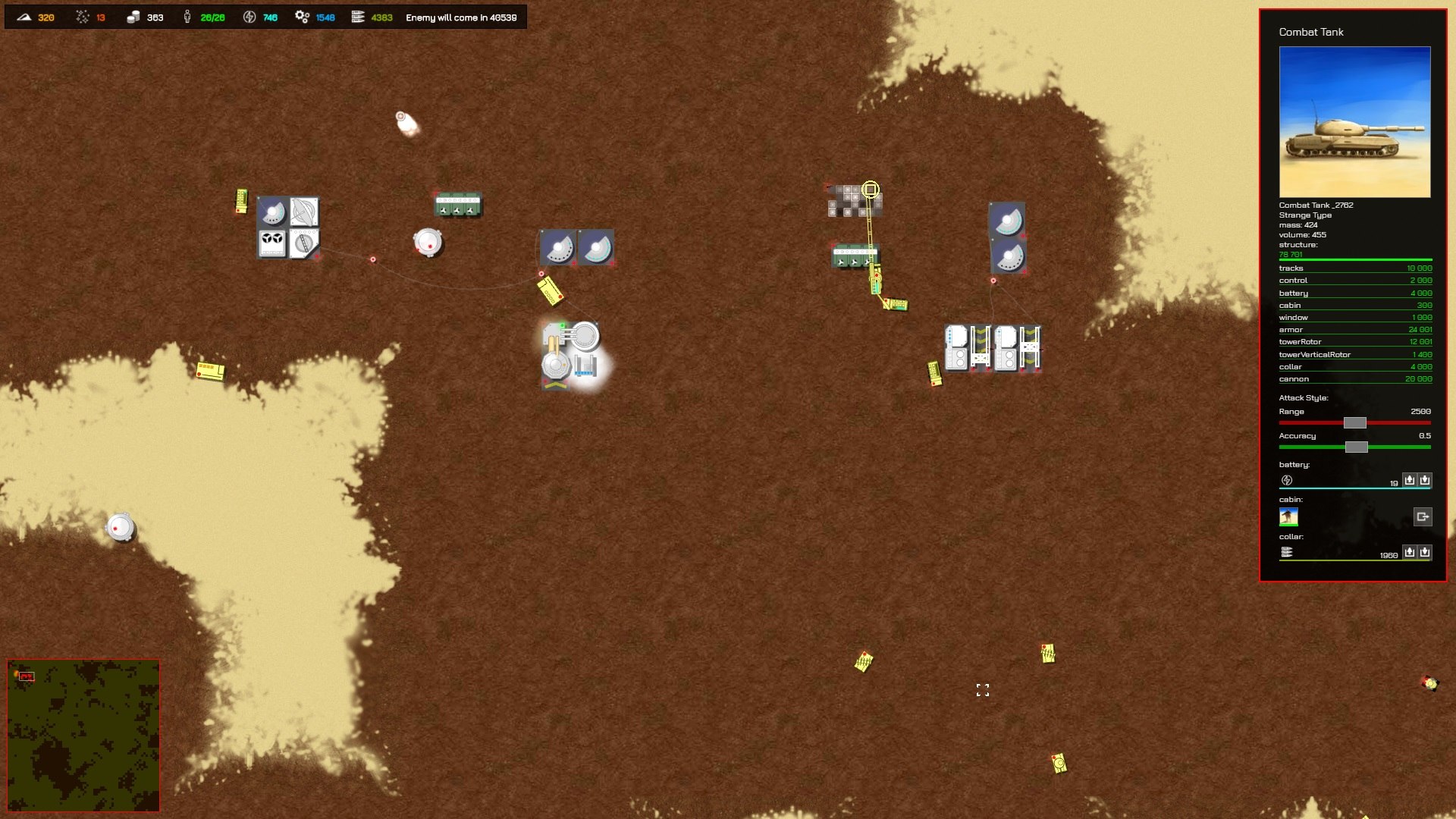 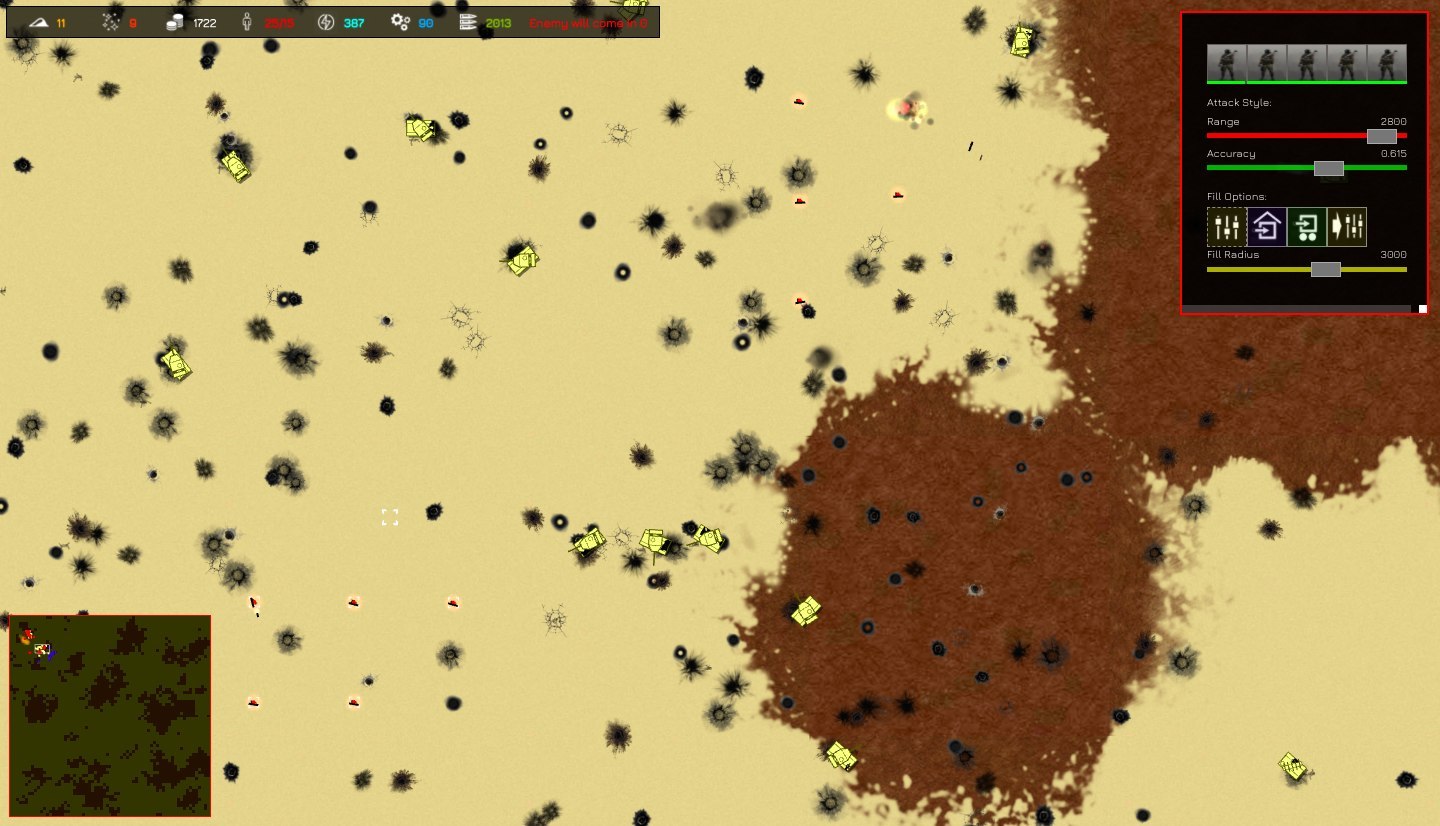 Attention: The owner of this service has not logged into CodeClerks for more than 30 days. It is highly recommend that you contact them before ordering this service. Last Login: 913 days ago

The game is browser-based, and can also be implemented as an application for a number of OS using electron.

1. RTS-Engine - game engine. This is the core of the project. It allows you to configure game mechanics: set physical parameters of the game world (air resistance coefficient, coefficient of adhesion to a given surface, surface types, resource types, types of protection, types of object structures and attacks and their relationships, types of reconnaissance and camouflage and their relationships). The engine allows you to create both in advance and in real time new objects (equipment, buildings, infantry, resources, shells). Objects can be assembled from components, and parameters can be set for components. For example, a combat unit “tank” can be assembled from a chassis, armor, a gun, rotors for a gun, a container with shells and a container with fuel. Gun parameters: maximum accuracy, rate of fire, clip volume, type of shells, caliber, spread coefficient when firing, spread coefficient when firing on the go. Chassis: traction, on-site turning power, aerodynamic flow, engine power, type of fuel. etc. By the same principle, you can create warheads. For example, a "rocket" consists of a jet engine, a warhead and rotors for the engine, and all these components have their own parameters. The parameters of the components during an increase clearly improve the properties of the component, while decreasing, they deteriorate. This allows you to consider the parameters as an unambiguous assessment of the high cost of the object, and this allows you to calculate the cost of shells and objects automatically. This simplifies the issue of balance in the game.

RTS-engine allows you to configure and run the game regardless of the graphical representation of the game.


2. Graphic engine. Based on pixi.js vue.js. Displays the game in 2d form, although the game world itself is made in 3d. It is an example of how the game could be displayed.


3. AI engines. This project component allows you to create real-time artificial intelligence for a particular class of combat units or shells (for example, homing intelligence for missiles). He is an intermediary between the actions of the player, and how objects react to this. Also, the engine allows you to change the game interface on the go, create new control components (buttons, knobs ...). AI engine allows you to bring the level of control of the player’s objects to full automation. AI engine provides a mini JS code editor with encapsulation, so that the player can write and implement his model of behavior for the object in real time, but not change the mechanics of the game itself.


An example game is available at http://dune-alt.com. The dune universe for the game is used as an example, as a demonstration of what can be done using the project engines. The power and capabilities of the engine are not limited to the game dune alternative, its setting and more. With these engines you can do much more and even go beyond the genre of RTS. For example, create a game racing simulator or action.


Unfortunately, the tutorial for the dune alternative game is not currently implemented. But how to play and how it looks can be viewed on youtube:

The code is located on github.com. Selling a code means transferring the contents of a folder to another account and transferring rights to make full use of these engines.